Gilles Peterson started out DJing in clubs throughout the country, as well as on the South London pirate radio circuit. Whether it’s a late night radio slot or appearing in front of 5,000 festival goers, he remains focused on playing the finest new music around. It’s an attitude that has seen him travel the world, start his own festival, a record label and even a radio station in Grand Theft Auto V.

This isn’t your first time in Sheffield. What are your thoughts on the city?

I have been to Sheffield quite a lot. I’ve also been up there a few times for the football as an Arsenal away fan. I was there when Di Canio head butted the referee in the chest. That was an Arsenal game. I have a friend who lives in Sheffield and there’s quite a lot of good bands and DJs that have come out of the city, so there’s always been a connection there.

You’re a person who is synonymous with new music. Who are you excited about at the moment?

Wow, there’s so many things I’m into, really. I just finished my festival I do every year in France last week and there were some really good performances there. From a DJ point of view, I was really impressed by Oneman. He’s one of a rare breed of DJs right now who don’t make their own records. It seems that most DJs who are getting booked for gigs have to produce their own music. He’s a DJ in the old fashioned sense. It’s quite refreshing.

On the other hand, we had artists like Paradise Bangkok Molam International Band. That was just bonkers, kind of like Thai funk. There were some quite big names as well. We had James Blake. Tirzah played. I really like her. Micachu joined her and they did a little set.

There’s so many good things at the moment. It’s really good to see bands like Hiatus Kaiyote coming through and crossing over. People like Thundercat as well – that bigger stuff that was once small. I like watching artists start off and make that transition.

We’re better connected today than we’ve ever been. Do you find it easier finding new music?

Yeah, it is easier in a way. Maybe because of my reputation, there’s more music being thrust at me. With that comes having to listen to it all, but with the Internet and everything there’s more ways music is able to get to you. People know how to reach me a lot better than they did in the past, whereas before they’d have to post it.

I’m definitely not running out of music and, because my palette is so wide musically, there’s a lot of themes, whether it’s jazz, electronic, experimental or more traditional areas of music. Even someone like Lætitia Sadier, the singer from Stereolab. A lot of people wouldn’t know she’s been putting out her own solo stuff unless they’re in that scene. I’m having to search in different movements and scenes to find the stuff I’m excited about.

On the other hand, what I do as a club DJ is a little bit different to what I do on the radio or my website. In terms of dance music, amongst quite a few of us DJs we tend to share a lot of music around, and of course it helps when I do festivals and I get to listen to a lot of other DJs as well. I think it’s important for DJs to listen to other DJs, not live in your own little bubble. I personally like to go out clubbing where I’m not working. I like just sitting in the back of a club and listening to DJs I like. That’s quite inspiring.

Your Future Bubblers project aims to seek out and support new musical talent whilst getting local fans to recognise the talent in their city and build a scene. How do you do this?

We’ve been working quite heavily over the last year in certain areas, just putting on events and getting people to bring the music through. We’ve had some great music, a lot coming out of Nottingham. We’ve been getting tons of great music from Hull by posting up stuff and working with local scenes.

There’s music being made everywhere. That’s what’s so fantastic about Britain. There’s so many people just dying to get their feelings and creativity out through music. So I’m just there to try and keep pushing that out. The point being, it’s not just all coming from Manchester, Bristol or London. There’s loads coming out from all areas, and of course Sheffield has its own rich history just in having its own scene, what it has done with electronic music, Warp Records and all kinds of stuff.

Future Bubblers is just a continuation, trying to wind it up and push it forward, I suppose.

How can artists and fans alike support their local scene, but also make sure it reaches a wider audience outside the city?

People are always asking me, ‘How can I break through as a DJ? It has all been done before. How can I break the mould?’ I always say you’ve got to believe in what you do and you’ve got to have some sort of ability at it. It might take you a while to get to that level where people believe you, but that’s part of anything. You’ve got to get over the hurdles.

For me, you’ve got to make sure you get all your people to support you. You might be the best producer in the world, but if you don’t play it to anybody, how can anyone shout about you? PR is really important. If you can’t do it yourself, get someone to do it for you.

The way I made it as a DJ is I used to organise coach trips. I’d get myself booked based on the fact that I’d bring 40 people with me who were going to spend something at the bar. So whether you live in Devon, Northern Scotland or the suburbs of Sheffield, all it takes is a good tune, 20 mates to shout about it, and you can put on an event. Just do stuff and it will come. This is a good time. I think there’s never been a better time to be heard, in a way.

How’s your label, Brownswood Recordings, going at the moment?

At the moment I think we’re in quite a good place. We’ve found our position in it all somehow, after six or seven years now. We’re fitting into a world music category, but just not in a shitty way.

We’ve been working with LV recently, who have released stuff with Hyperdub in the past. Mala has just done a new record for us. He went to Peru. I suppose it’s kind of a continuation of his Cuban project. Then we’ve got this singer called Daymé Arocena, a phenomenal, 23 year old Cuban singer who sings in English and Spanish. We’re not trying to be anything other than just a music label really, at a time when it’s really difficult to put records out because nobody is buying them.

This idea of not restricting the label by genre or style is one that I really like. Do you think it’s when genres meet and mix that the best music is produced?

I think for me it’s just about hearing something and going, ‘Wow, that’s really fresh, exciting and unique.’ Also I think it’s for artists to feel they can do something a bit more adventurous and not feeling that they’re restricted to making a track three or four DJs might play. Forget all about that world. Just make really exciting, interesting, collaborative music.

When an artist approaches you with an idea for a record – Mala and his Cuban project, for example – how much input do you have in the process and the final product?

I haven’t really had a lot of input in any of them. With Mala In Cuba – yeah, it was my idea to get him to come out there with me, but again it’s just a sharing thing. There’s no set plan.

I’m always quite busy working on my own stuff in fairness. At the moment I’m working on my next record. I’m going to go back to Brazil in November and I’m quite excited about that. I’m taking Earl Zinger, my MC. We’ve got a friend out there call Alexandre Kassin, who’s a really good producer and has a studio in Botafogo, Rio. So we’re going to hang out with him and makes some tunes. The idea is we’re going to make more of a psychedelic rock sort of thing, more like a mid 70s, slightly wasted version of what we did before.

You’ve travelled the world through DJing and you’ve even had a radio station in the latest Grand Theft Auto. Is there still anything you want to do that you haven’t tried yet?

I want to write some stuff, because I think I have quite a unique experience of being a DJ, DJing globally and knowing a lot of DJs as well. I want to write… not a biography, but more of a DJ manual. Why do we want to do it? What is it? The philosophy, the inner thinkings. I love it. From Northern Soul to jazz, dance clubs in New York to crazy clubs in Japan, I just love club culture.

There’s always something to do. I want to make a record with Roy Ayers because he’s 75, a little bit like Richard Russell did with Bobby Womack and Gil Scott Heron. I want to do it with Roy because he’s coming to the end of his career and I want him to get the props he deserves.

What can the Tramlines audience expect from your set?

I never quite know what I’m going to be up against until I get there. If there’s 5,000 people it’s usually a slightly different set to if there’s 500 people, so I just tend to work it out when I get there.

I carry everything with me – I’ve got my records, my USB – so hopefully I can go in quite deep. 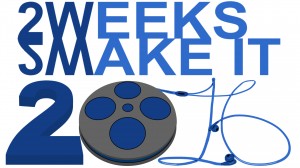 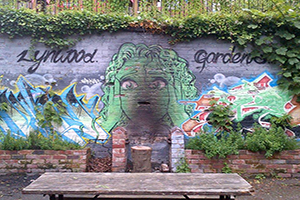 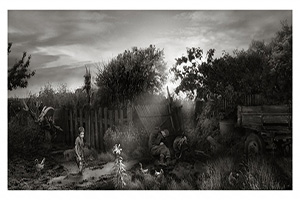